The Time Of The Renewable Electricity Grid 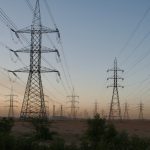 Just a few years ago, renewable energy was barely considered as a part of a country’s energy planning.

Publics and governments attempted to increase the renewable share in their energy systems, however the costs were too high. Many were also concerned about the impact of adding ‘too much capacity’ from various renewable energy sources such as solar and wind power on the electricity grid.

But this is no more. The economics are no longer challenging, with the prices for inputs falling so low (in particular solar PV and wind turbines) that renewables are now in close competition with traditional, fossil fuel generated power.

A report from the World Bank’s Energy Sector Management Assistance Program (ESMAP) indicated that with the correct combination of investments and new policies, countries will be able to integrate unknown shares of varible [...]