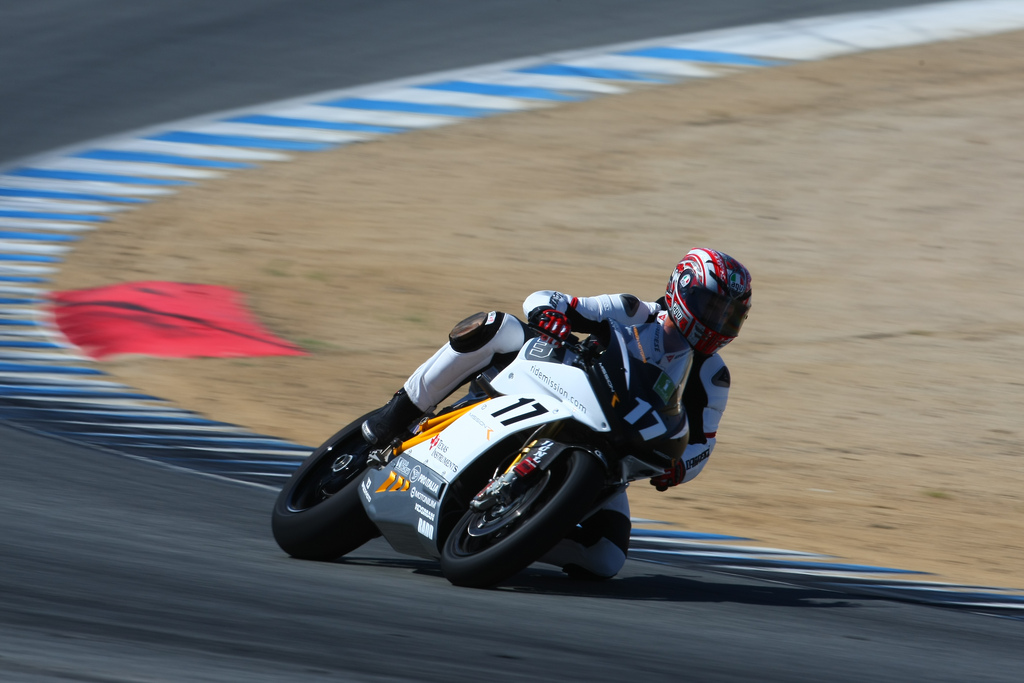 San Francisco based electric motorbike startup, Mission Motors, has filed for bankruptcy following short lived success in the competitive electric car industry. The company has been developing electric motorbikes since 2007, with their most successful prototype able to accelerate from 0 to 60 mph in just 3 seconds.

Despite their relatively established age in the industry, Mission Motors, originally named Hum Motors, never released any motorbikes to the market.

Mark Seeger, the company’s CEO also filed for bankruptcy in October this year, with many suggesting that Apple’s rumoured entry into the electric car industry has lead to the downfall of smaller competitors like Mission Motors.

Mission Motors’ former Chief Executive Derek Kaufman confirmed that the company’s failure was largely to do with Apple’s power in the market, with claims that the technology giant courted their drive train engineers to join their electric car development team.

“Mission had a great group of engineers, specifically electric drive expertise… Apple knew that – they wanted it, and they went and got it” said Kaufman.

Following the loss of a number of valuable employees, Mission Motors lost funding a quickly ran out of money to continue operation.

In addition to large companies poaching their staff members, further cracks began to show in the management of Mission Motors after two of the company’s founders, Vincent Ip and Mark Seeger, sued eachother over ownership rights and shares in the company.

Additionally, Mr. Ip was expelled from the company after reports of threats of the violence and improper behaviour.

Following the numerous hardships faced by Mission Motors, it can be said that financial failure was a likely outcome for the once highly successful company.

Mission Motors’ bankruptcy comes as a sad end to the company’s long held positive reputation for innovation and world records in laps for an electric motorbike at the Laguna Seca Raceway.

Despite their initial success the company struggled to meet the standards of a low electric car cost in the industry with their vehicle prices projected at around $33,000 and $77,000.

Despite the ongoing controversy surrounding Apple’s presence in the electric car industry, the technology giant has never officially confirmed that is it developing an EV.

Rumours coming from Apple’s employees and other sources, however, has suggested that the company is currently working to produce the next cheapest electric car to rival Tesla’s electric vehicles.

In true Apple style, the company has been recruiting not only Mission Motors staff, but also experts from their main rival Tesla.

Information has emerged that Apple has expressed particular interest in mechanics, engineers and specialists in robotics, further confirming their rumoured development of electric vehicles.

The release of an Apple electric vehicle is hope by many to reduce the electric car cost which remains quite high for current models on the market.

What Does the Electric Car Revolution Mean for Australia?

Many are raising questions as to what effect recent global developments will have on electric cars in Australia.

Despite increasing international buzz, electric car growth in Australia remains extremely slow in comparison to many European countries as well as the US.

In the first half of this year, care retailers saw very poor sales figures across Australia, with Mitsubishi selling no EVs at all, Holden selling just seven and Nissan selling 49.

The reason for the low adoption rates of electric cars in Australia is reported to be a combination of price points and lack of consumer knowledge and familiarity with the the new technology.