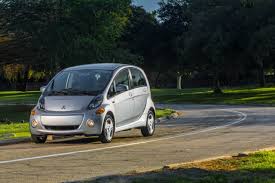 That is why more and more electric car manufacturers are developing battery technologies that will enable their cars to increase their distance range and thereby lessen their contribution to the greenhouse gas accumulation in the earth’s atmosphere.

Cleaner electric cars were the subject of the recent study made by the Union of Concerned Scientists. The scientists found that electric cars are now cleaner because of their lower “wells-to-wheels” emissions per mile compared to what they were about a year ago.

The UCS study offered two reasons for this positive development. One of the reasons is the better efficiency of the sales-weighted mix of electric cars that were manufactured from December 2010 to June 2014.

With this improved efficiency, it will take an electric car less power to reach one mile than what it could do before.

The second reason is the September UCS updating of its “State of Change” study. This recent update has more up to date information on the state-by-state mix of generating suppliers, as well as the carbon dioxide data related to the production of every kilowatt-hour.

The older edition of the UCS study used the 2009 information on plant emissions and generation sourced from the U.S. eGrid report. All this information is now updated by one year to that of 2010 figures.

The UCS also emphasized that the 2011 to 2012 data indicates a further reduction in coal generation, but this is not included in the eGrid model.

The inevitable result of this new update is the increase in the miles per gallon equivalency for electric cars, in both their efficient use of each kilowatt-hours, and their lower carbon emissions, connected to each of those kilowatt-hours used.

Based on this updated information, a car in California which uses gasoline has to get 95 miles per gallon to be classified as a low-emission car. The figure has increased from 78 miles per gallon from the previous ruling.

In addition, the UCS study also revealed that the “wells-to-wheels” emissions per mile of electric vehicles have fallen in almost all U.S. regions.