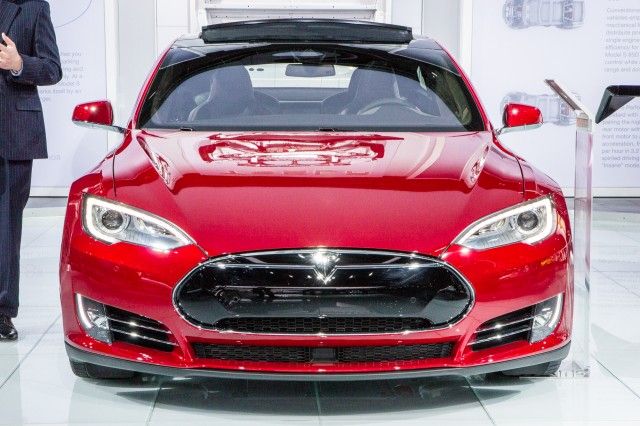 Driving a Tesla Model S for Free for 18 months

Electric cars are touted to save car owners a lot of savings in fuel and therefore money.

This is now proven by a real example of a Tesla Model S owner. In fact, he claims that he was able to drive this glamorous and sexy electric car for one and a half years – for free.

If that is true, how did he do it?

Compared to gasoline and diesel, the cost of electricity used to power electric cars is quite low. Right off, it can be easily seen that driving an electric car will result in significant savings per mile – although its first cost is quiet high.

But if all costs are tallied, a driver could use his electric car for free for a certain period of time, as this Tesla Model S owner has done.

This is how this Tesla car owner was able to save on fuel and maintenance. He goes by the username of “LeonardV” on a poster published on the Tesla Motors official forum. Leonard gave the following figures based on his own calculations.

He bought the car in California in September 2013 at $96,000 including its sales tax. But the car is eligible for two incentives – the $7,500 Federal tax credit and the $2,500 California rebate for new electric cars. These rebates effectively reduced the car’s price to $86,000.

Furthermore, the interest on his car loan at 2 per cent APR, has a total of about $2,400 during the time he owned the car. And this is where his operation cost stops, he claims.

He said that he did not pay for any servicing, although he brought his electric car to the Tesla service center for warranty repairs and free tire rotations.

Consideration must be given to the fact that his regimen may not be what Tesla recommends for servicing the car, and may not be wise or feasible, depending on how a certain car is used.

As for charging his car, he didn’t have to pay for that either. He usually parks his car in a garage that offered free charging. But he also used Tesla’s free-to-use Supercharger DC fast-charging stations in his longer trips.

Based on his calculations, if he used a car powered by an internal combustion engine, he would have spent $9,300 on fuel and another $2,200 on maintenance for the same distance that he had used the car in its first 18 months of use.

In his estimate, he used an average 20 miles per gallon (which is below average for a modern car), which costs about $3.50 per gallon.

Thus, he was able to come up with a total estimated savings of approximately $11,400 – about the same amount he paid in interest and lost through depreciation. This is why he considers the first 18 months of his Tesla car a ‘free’ period of ownership.