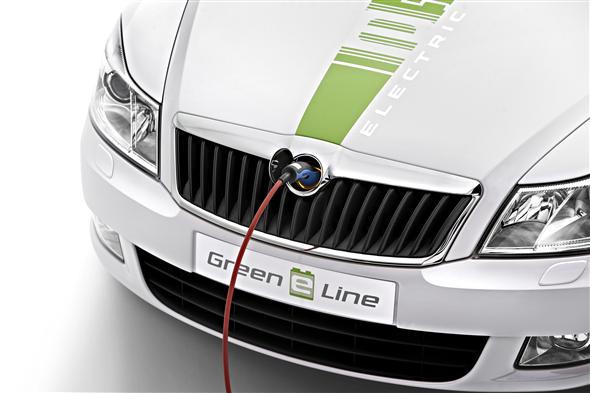 E-Line Looking at Introducing EV’s Within the Ukrainian Market/.\lp

As it stands, electric cars on Ukrainian roads are spotted once in a blue moon, as electric vehicles cost 40% more that fuel based vehicles because of the high import duties on them.

Another hurdle for the adoption of electric cars is the fact that there isn’t any infrastructure to support it, which resulted in just 300 EV’s being actively driven within the country.

Dnipropetrovsk manufacturer E-Line is trying to introduce close to 100 electric chargers being installed throughout the Ukraine by the end of the year, as reported by Vladyslav Rodin, the co-founder of the company.

As much as 34 electric chargers have already been installed by Keba (an Austrian producer) at OKKO gas stations, though the E-line chargers will be the first chargers from Ukrainian producers.

A $2, 000 price tag accompanies the chargers according to E-line, which is much lower than the price of their competitors, as the UK based POD-Point charges $4, 000 and Finnish producers Ensto charge $3, 000.

Ukraine has lower production costs, hence the lower price, while another advantage us the chargers have a stainless steel frame which may be too costly for other EU rivals to include.

E-line doesn’t offer services abroad, though it does have plans to begin during late 2015.

The company is gaining popularity within the Ukraine by offering discounts and promotions, where malls and even restaurants have been keen to use their services as they don’t have to handle all the equipment and the installation process on their own.

Rodin has stated that since the installment of their first E-line charger in Lviv, close to Tesla Motor Club during December 2014, clients have begun looking for them and not the other way around. “The price of one charger is worth one month of advertising budget for a business, but the effect proves to be much bigger.”

Such advertising advantages are due to the fact that EV drivers are always the first to hear about new chargers installed and via word of mouth the news spread like wildfire. As soon as the stations are installed, they are then pinned to a world map of chargers available online immediately.

Rodin insists that all EV drivers closely monitor where new chargers are pinned onto the map, so that they can plan loner trips or even a good night out where they can eat and charge their car. It’s very convenient and eases a driver’s range anxiety.

E-line chargers are available at Kyiv’s Art Mall, just outside two eateries, namely; Praha on Holosiyivskiy Avenue and Revolution Grill in the Podil district. Drivers may make a reservation at any one of the eateries whereby a plastic card is requested in order to insert and remove it from the reader to plug into their vehicles to charge, this is all free. The cards must be returned when charging is completed.

E-line chargers have four sockets which means it can charge four cars at the same time, as well as bikes. The two bigger sockets charge faster and reach 22 kW.

All EV models manufactured in the world can use an E-line charger, which takes around four hours for a Tesla car consuming 85kWh. Renault’s EV needs 22 kWh for a full charge up, which can be achieved in an hour.

With less CO2 emissions, electric cars are also cheaper to utilise, as a 10km ride costs close to 1 hryvnia as opposed to the 18 hryvnias for a gas-run journey, as indicated by Kostyantyn Yevtushenko, the CEO of Shooter.ua.