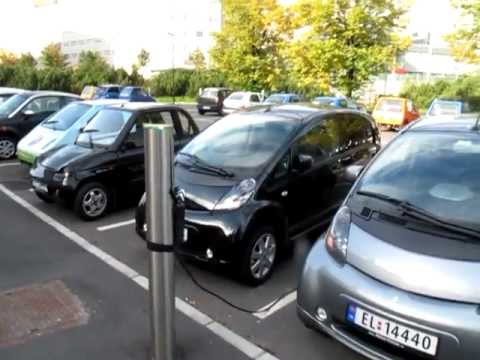 Generous Electric Car Incentives to be Reduced in Norway By 2020

The Scandinavian nation of Norway has led the world in a per-capita sales of electric cars due to the government’s implementation of generous Electric Car Incentives since 2011.

These incentives have allowed Norwegians to own cheaper and appropriate electric cars while maintaining an exemption from sales tax and licence fees, allowance to drive in bus lanes, and free parking with unlimited charging around the cities.

Norway has seen a boost in their electric car sales for the last four years through these incentives, making an average of one out of five cars on the road running in electricity.

A bit of good news has shocked the Norwegian government after their target of 50,000 electric cars on the roads by 2017 has been astonishingly met last month. The government believes this has happened through the generous Electric Car Incentives they have imposed. However, the early achievement has prompted several people to ask what would the new goals of the government be.

Many Norwegians have speculated that some of the incentives will be rescinded now that the 50,000 car milestone has been achieved. As it turns out, these people are right because the Norwegian government is going to slowly reduce the incentives by January 1, 2018, as confirmed by The Telegraph. The incentives will then be completely removed by 2020.

The existing conditions of the incentives will be maintained from today until the end of December in 2017, as agreed upon by the right wing of the Norwegian government and centre-right allies. This could mean that any electric car sales done before January 1, 2018 will be given the same tax exemption and free licence and will still experience other perks like bus lane use, parking in cities, and charging in city centres.

By January 1, 2018, those buying electric cars will have to pay half the amount of the required annual road licence fee and finally, in 2020, the annual licence fee will be paid in full amount. Also, the tax exemption will be eradicated come January 1, 2018 but electric car buyers will be given a choice as to whether they will get a subsidy or discount instead of tax exemption. Getting a subsidy or a discount can be an advantage because the basis will be the income of the buyer or the ceiling price of the sticker.

Local authorities have been given the green light by the Norwegian government for the control of the parking and charging incentives and the bus lane use. This means that instead of a blanket national policies, local cities and towns will be the deciding entity for rescinding the incentives.

It might give cities with congested bus lanes the power to finally iron out their problems and force the electric cars to go back and use the main carriageway. In a large scale, the changing policies of Norway when it comes to electric cars may help other nations of the world to come up with their own policies as well, especially now that electric car use is rapidly rising.