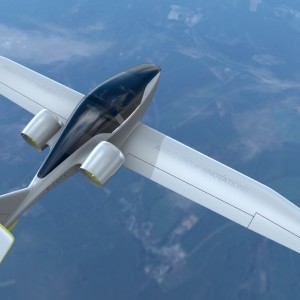 An Electric Plane Factory will soon be constructed in France and is said to manufacture the E-Fan 2.0, a two-seater electric plane that may be available to the public in the next two and a half years.

The Airbus Group will be responsible for the build and it is reported that the construction will start next year as soon as the final assembly plant has been finalized. Since Daher will be the project partner, the location of the factory will be near the company and the place also has a direct path towards the plane runway.

An outstanding 20 million euros will be invested in the Electric plane Factory prime product, the E-Fan 2.0. It is said that the E-Fan’s designs and development is under the subsidiary group of Voltair SAS. The production of the E-Fan 2.0 will begin late 2017 or early 2018.

There is already a prototype using E-Fan 2.0 and it already made 80 flights ever since its first flight in March 2014. The original demonstrator runs in twin electric motors with driving fan propellers.

The initial target customers of E-Fan 2.0 is the flight training public as it is small and easy to manoeuvre. Later on, the company plans to make another version the E-Fan 4.0, which will feature four seats and bigger body.

Airbus states that with the new hit-output electrified motors, which are under enhancement and development by partner Siemens from Germany, the E-Fan 4.0 will be a reality that may help increase the sales of electric planes.