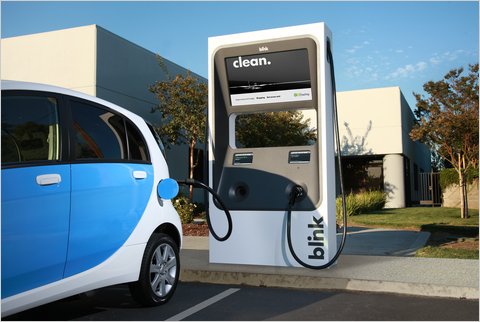 Electric Vehicles Makers in Agreement on Standards of Technical Progress

It is a must that standards must be followed in order to attain technical progress. It must also be set for a consistent usage of renewable energy.

A fine example is solar power, like if a PV panel is utilized to bring back power into the electric grid, it cannot be accepted unless it is able to meet the standards required for the grind, specifically in the areas of cycles per second and voltage.

In the case of all-electric vehicles, their success or failure is dependent on how standards are met.

One can utilize his EV if he wants to travel to the city by just powering it via overnight charging.

However, he can enjoy more use of his vehicle if it can be driven around and even beyond the city.

He doesn’t have to worry about traveling over long distances because his car can be rapidly charged at strategic locations during the whole length of his journey.

Typical hybrids are perfect in solving such a problem. The conventional gasoline engine is utilized as a back-up for the electric engine. It also serves as a potential recharger.

Hybrids also act like the traditional cars, which are considered more efficient in fuel.

All forms of electric vehicles will only be able to replace their conventional gasoline counterpart if they offer a much longer range and have access to a complete network of EV fast charging stations.

It is unfortunate that companies don’t want to engage in recharging station building because it is an expensive investment.

A network of recharging stations can only become a profitable venture if it can be compatible with many different types of EVs and if they are many of these vehicles already in use.

There is also the issue of standard setting, to which there are a number of possible solutions.

One solution involves the governments, which can impose a certain standard and require auto makers in their countries to use such a standard.

This can lead to a fix standard that all countries will follow.

Concerned governments should only select standards that will turn out as ideal for both electric vehicle makers as well as EV drivers.

Also, all countries of the world should follow what standard the lead country implements; otherwise, it will be left behind.

For instance, people are surely frustrated about having to use adaptors when using appliances, checking carefully on the voltage while going abroad. This is an instance of governments having different standards.

Another example is that Queensland, Victoria, and NSW have various gauges or widths, which is again another result of the government have different standard setting.

The colonial governments have decided to set varying standards and rule out the use of a one, national railway network.

Still another solution to ensure standard setting is that it should be left to the prevailing market.

Different products are allowed to compete until one of them wins as the most dominant standard. The defeated products are weeded out.

Also, setting a standard cannot be done without involving business. It is because manufacturers will be the ones to adopt the standard and use them in the products.

Government can facilitate a standard-setting organization that will include all EV auto makers including Tesla, Honda, GM, and BMW. This will ensure that the standards to be set will be followed by all in the industry.