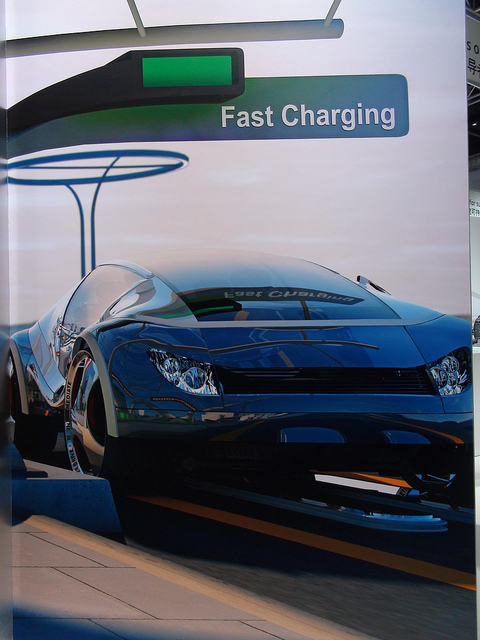 Heating the Competition for Fast Charging Stations for Electric Cars

Look everywhere and you will see that more and more car manufacturing companies are coming up with their own model of electric cars. At the same time, while there is good competition going for these car manufacturers, there is also a time when these competing car brands consider partnering to come up with an alliance that would not only benefit their consumers but for them too.

One such partnership is among the big brands: BMW, ChargePoint, and Volkswagen. They announced that by the end of the year, they will be installing around 100 fast charging stations for electric-cars. The charging stations will be using the standard CCS, also known as the combined charging standard. This is the charging used by BMW’s i3, Volkswagen’s e-Golf, and Spark EV from Chevrolet.

Tesla motors has their own higher power charging system, called Supercharger, which can only charge Tesla electric cars, Model S, their own version of the electric car, a luxury sedan.

Competition among car brands is just peculiar, but at the same time, expected. After all, while these car brands compete to be able to get the most consumers to patronize their products, it is also beneficial as a company to invest in whatever is on-going. Nissan immediately picked up the pace, after the announcement of the CCS program of those top 3 car brands at the Washington Auto Show press conference.

This number is quite significant, which, according to Brendan Jones, Nissan’s director of electric vehicles sales and infrastructure deployment, as potential buyers would consider purchasing an electric car that would give them the most convenience if there are several charging stations within the vicinity they live and work.

As soon as Nissan joined the bandwagon of picking up the pace of announcing their charging stations’ information, NRG gave their announcement as well. NRG, which is the managing energy company for evGo network, boasts of having the largest national network of fast chargers spanning California to Washington DC with 245 charging stations. As they are looking at expanding to Tennessee this year, running from Boston to Miami and Seattle to San Diego, NRG is making sure that the competition for charging stations is going to be fierce.

At the same time, municipal and state governments also make sure that these different companies that carry the charging stations are able to offer the mandated protocol for charging stations, especially that the government’s push to using electric cars is stronger than ever.