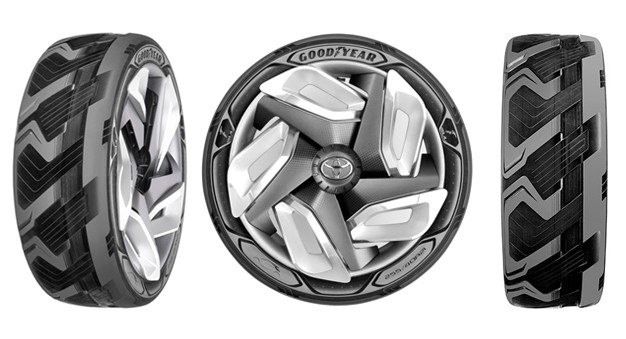 The Goodyear Tire & Rubber Company, one of the world’s leading manufacturers of tires and accessories, has released its innovative electric tire concept.

It was introduced at the 85th Geneva International Motor Show where it was met with positive reviews by car enthusiasts and manufacturers alike.

While cars are among the most useful success stories in the history of transportation, they are also inefficient in terms of energy consumption. Their main purpose of moving people and cargo from Point A to Point B has two issues, namely, wasting significant amounts of energy in heat and ignoring potential energy sources. The designers of the electric tire concept aim to balance the equation by transforming a passive device designed for friction reduction into an electric generator.

The concept for the electric tire actually comes in two different products. Both, nonetheless, are futuristic technologies that can introduce radical changes in the way we see care tires in the next few years.

The first concept, known as BHO3, can generate electricity via the action of the tire’s materials. These materials capture and transform the energy produced by heat when the tire flexes during its rolling motions under normal driving conditions. These materials were also designed to optimize the tire’s electricity generation capabilities and their rolling resistance, thus, ensuring both efficiency and safety.

As such, the energy generation capabilities of the tire can be harnessed both while driving and parking. The worries about being too far away from electric charging stations and about too long charging times can be reduced.

The electric tire concept is also predicted to give significant contributions to solving the challenges of mobility. For example, many motorists hesitate about the use of electric vehicles because of anxiety about vehicle range, an issue that the electric tire may solve in the future.

The second concept, known as the Triple Tube, features three internal tubes – beneath the tread, in the center of the tire, and near the tire’s inboard and outboard shoulder. The electric tire depends on an internal pump, which moves the air from the main air chamber to the three tubes (i.e., individual air chambers).

The tire then makes automatic adjustments to three different positions according to present road conditions, namely:

According to Jose Zekoski, senior vice president and chief technological officer at Goodyear, the concept tire will re-imagine the roles that eco-friendly tires can play in the future.