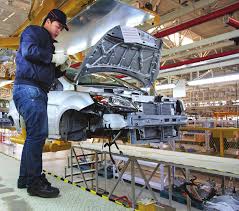 Many predict a more lively Chinese EV market with the participation of California-based EV manufacturer Tesla Motors and its efficient electric cars.

A significant increase in electric vehicle sales is expected in China as consumers enjoy government subsidies upon their purchase of alternative-energy vehicles.

A bold prediction is that the electric vehicles will account for around 11 percent of the total new cars sold in the country in the next ten users. Consumers are now more inclined to consider electric cars because of the growing environmental awareness as well as stricter vehicle regulations imposed by the government

Recently, KPMG, a world-renowned consultancy firm, conducted a survey that revealed almost 70 percent of Chinese respondents expect a greater number of China electric cars being sold in the market for the next 10 years, capturing a good percentage of the total car sales in the country. The data was gathered from surveys done involving 200 car company executives, as well as officers of financial and rental service agencies.

The central government and its car industry are both confident that electric vehicles will assume a better position in the country’s car market, recognized as one of the world’s fastest growing markets. The government does not favour its electric vehicle sector maintaining a catching-up role to the traditional gasoline-engine car technology. Instead, it wants EVs to overtake its rivals, and become the premier market for vehicular mobility.

Included in the KPMG report is the increasing desire to adopt electric vehicles in China because of the worsening air pollution across the country, higher gasoline costs, imposition of strict emission standards, and intensified urbanisation. But as electric vehicles become more in demand, this requires more advanced technology, highest investment in R&D, and more access to tax and regulatory incentives.

2014 saw Chinese regulators issuing policies that back up the development and use of electric vehicles from 2016 to 2020. It was also the same year when Tesla Motors increased its investments on Chinese supercharger stations, with its first charging station installed last June in Beijing. All in all, the electric car maker owns over 180 supercharging stations scattered all around mainland China and even Hong Kong.

“We’ve grown a lot. We started in Beijing and Shanghai, and we added Shenzhen, Guangzhou, Chengdu and Xian. So we are expanding in China. It’s the beginning but it’s a long journey. We’re very pleased to see the government’s strong interest in new energy vehicles.” Said Jerome Guillen, the vice-president of worldwide sales and service for Tesla.

In the future, Tesla will build an additional 400 charging points in major Chinese cities. It will work in partnership with China Unicom, the country’s second-biggest mobile phone company. Other companies to provide assistance to Tesla are real estate giants Soho and Yantai Holdings.

Currently, China electric cars account for only 1 percent of total car sales in the country. But this is about to improve with the government’s decision to offer attractive incentives, such as the availability of highly-efficient and advanced EV models. Hopefully, with such offerings, the government will be able to achieve its goal of seeing half-a-million EVs on its roads by 2015.