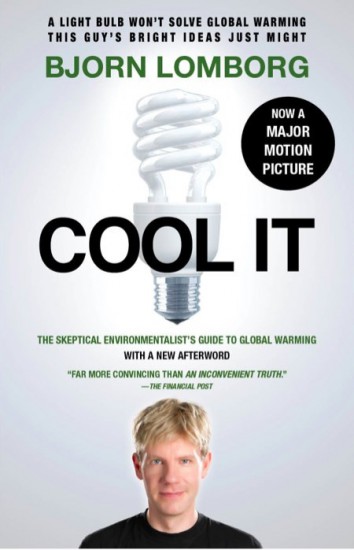 Bjorn Lomborg’s op-ed in USA Today threw strong words against electric vehicles, stating that they are detrimental to the planet.

However, it was clear that the data that he presented were unreal. Worse is that the premier newspaper didn’t notice the deficiencies in his reports.

Lomborg, like in his earlier 2013 report, insists that emission that come from the electric vehicles as they are powered from the grid is just a little better than that of combustion engine vehicles.

He referenced the report from a Norwegian study that electric vehicles, including the manufacture for their battery, resulted in carbon pollution by up to 30% compared to cars powered by gasoline.

Despite the misuse of the research study, he is adamant in saying that the reduction of car manufacturing emissions is less than that during vehicle operation.

He pointed out that clean driving levels off manufacturing when 50,000 miles or 80,000km is reached. He then suggests that a typical electric car, like the Nissan Leaf, has a lifespan of 50,000.

Many consumers will doubt his suggestion; otherwise, Leaf will not be one of the most popular electric vehicles today. As a popular media practitioner and blogger, Max Baumhefner, said, “[t]he premise that the typical electric car will only be driven 50,000 miles is fanciful.”

Every electric vehicle manufacturer warranties its powertrains to have a range of more than 100,000 miles. In fact, a number of EV drivers have already achieved this mark.

Lomborg likewise insists on his claims that coal plants are a top vehicle charging source.

This has led him to the deduction that electric vehicle use will result in major damages happening to the health of the Americans.

The truth is that the main power source of electric vehicles in the US isn’t coal. The increase in demand for power to be used in EVs is now met significantly with renewable energy such as wind and the sun.

Another highly important source of power used for electric vehicles are energy that comes from natural gas power plants.

These facts have been proven to be true by Electric Power Research Institute US EPA. There is no truth to the claim that the country will come up with more dirty coal plants in order to provide power to electric vehicles. On the contrary, more and more coal plants are closing down today.

In fact, if anyone will look into the coming years ahead, it is apparent that electric generation and use are getting significantly cleaner.

General standards on power plant operations as well as major usage of renewable power will result in electric vehicles turning even much cleaner for the coming next generations.

As electric vehicles and clean power are used in combination, this holds the key to the bright prospect of a sustainable transportation.

Scientists are too quick to contradict Lomborg, and are one in saying that electric transportation helps in carbon pollution reduction sufficient enough to lessen the impact of climate change.

More use of electric vehicles and discontinued or at least reduce oil reliance will help people enjoy a cleaner environment in the future.