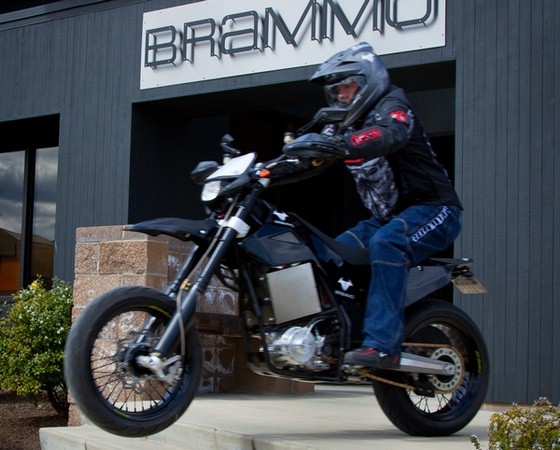 Brammo is a known American electric vehicle company. It is based in Oregon and has now been purchased by Polaris.

With the manufacture of electric motorcycles under its belt, Brammo definitely knows all about creating electric vehicles, what with its lithium-ion electric drivetrain technology.

Polaris, which is a leading global powersports industry name, will start marketing electric products and possibly sports vehicles with the help of Brammo. The partnering companies are looking at a bigger and better market not only for electric motorcycles, but would also to make use of the Brammo Power battery pack and the Brammo Power vehicle management systems.

All these would be done on a global scale focusing on OEMs, original equipment manufacturers. This alliance is looking at manufacturing these electric vehicles including the electric motorcycles, by the second half of 2015, in the facilities located in Iowa.

Polaris is a known brand for powersports products and its team up with Brammo, is definitely a positive direction in ensuring that they would be focusing on products that are environment friendly. The goal of these two companies is to create the best electric solutions capable without veering away from the powersports products of Polaris and be able to come up with world class vehicles that are just as good, or even better than those initially released electric motorcycle from Brammo.

The partnership had actually started in 2011.  There have been a few projects then that focused on on-road vehicles and off-road vehicles, concentrating on Brammo’s lithium-ion electric drivetrain technology. Polaris definitely knows the strengths of Brammo and its drivetrain technology and being able to use such technology in the coming products as their partnership has been solidified, will definitely be a bigger and better market for the powersports industry.

Brammo has already create a niche for itself in the electric motorcycle genre, if you may, citing a few awards:

Not only have Brammo created a niche and a name with these awards received, Brammo also won several racing championships. The bottom line is that Brammo is a brand that manufactures electric vehicles that not only delivers but performs really well in the market.

Some of such championship awards include:

All in all, the collaboration between Polaris and Brammo is a powerful and potent mix with a name that has been carved for creating strong electric motorcycles plus another brand that is known for powersports products, you would positively look forward to whatever products this new alliance would come up with. Imagine the powersports products using lithium-ion electric drivetrain…a positive combination that would make any consumer feel they made the right purchase.