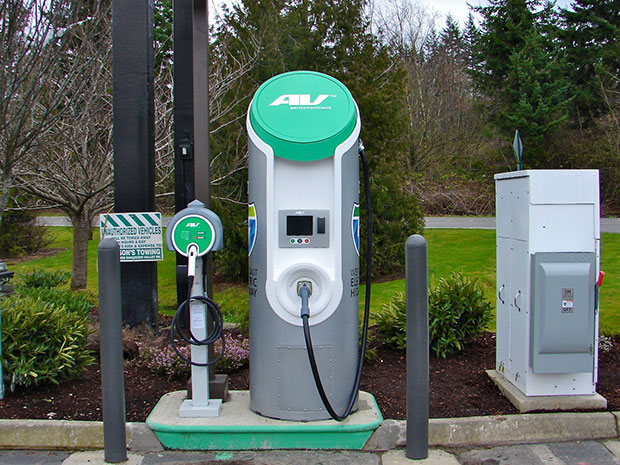 Even the average electric car advocate has the notion that the availability of public charging stations is a key element to the massive adoption of electric cars.

Most people think that if these charging stations are easily accessible where ever one goes, the range anxiety that always prevents consumers from buying electric cars will be diffused. It would make electric cars more desirable to consumers, they say.

However, there is a study that says it is not necessarily so.

The study reveals that there is no correlation between the numbers and accessibility of public charging stations and increased consumer interest in electric vehicles. This was the finding of researchers from Canada’s Simon Fraser University.

The relationship between public awareness regarding the availability of public charging infrastructure and electric vehicle demand is “weak or non-existent,” says John Axsen, leader of the study and professor at SFU.

This study was based on a survey of 1,739 households in Canada. It was published in the journal Transportation Research Part D. Survey participants were asked regarding their awareness of local public charging stations, and their interest in buying an electric car.

The researchers found that respondents were indeed aware of charging stations in their local area.

British Columbia, the home province of Simon Fraser University, has worked to install such stations in about 500 locations. These charging stations were already in place when the survey was conducted in 2013.

With all these charging infrastructure dotting the place, about one third of the residents in British Columbia said they had seen at least one such structure. This is significantly more than the 13 per cent for the rest of Canada.

But the researchers also found out that respondents were more interested in buying plug-in hybrids than electric cars. This included the Chevrolet Volt. A plug-in hybrid uses a combination of a gasoline engine and an electric motor, while a pure electric car only uses electricity stored in its batteries.

Based on these two results, Axsen and his team concluded that charging infrastructure is not as important as other government policies such as purchase incentives or rebates.

Axsen recommended for the regional government to concentrate on these two factors, in addition to making policies that will help to encourage home charging of electric vehicles. His group also called for a zero-emission regulation, similar to the mandate implemented by California in 2012.

But if there are occasional long trips, or breaks from ordinary routine, access to an extensive network of charging stations is necessary.

This set-up will cover all the bases. The combination of work and home charging and public charging infrastructure will be practical, in most situations.