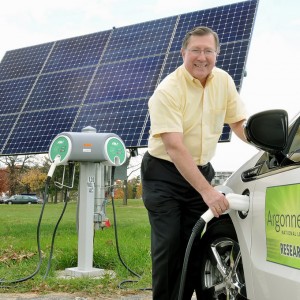 The oil imports of the country might experience a cut by as much as 40 percent by 2030.

It the country does give its support, this will benefit the environment because of the reduced usage of fossil fuel. The average motorist, on the other hand, that switches from the use of combustion-engine car to an electric vehicle might be able to enjoy savings of almost $1,500 in fuel costs every year.

People on the streets, particularly drivers, will enjoy better health since the lesser number of gasoline-powered cars in the streets mean the reduction of emission of various air pollutants.

There will be a decrease in health problems such as respiratory illnesses.

Indeed, improvement in electric vehicle infrastructure ultimately leads in the betterment of public health. And as this is achieved, this is translated to over one billion British pounds in value. The increase in the usage and operation of electric cars, together with reduced use of traditional cars, will result in a 50 percent reduction in carbon emissions.

One area that the UK Government must focus on in order to make the electric vehicle market more viable and hence more attractive to its citizens is the construction of more electric vehicle charging stations. With sufficient availability of charging sites, owners of EVs can have a sigh of relief knowing that they can recharge their cars once they run out of power.

When it comes to the enhancement of the electric vehicle infrastructure, the government and its policies, initiatives, and incentives can only do so much.

It is a must that the people will do their part as well.

So far, it has been revealed in surveys that ordinary consumers are more than willing to try electric cars and take advantage of the benefits that they can offer. For instance, almost half of the luxury car owners in the United Kingdom who participated in a recent survey admitted that they have a significant interest to own an electric vehicle. This particular survey was done even before the announcement of the possible release of the 200 mile per single charge electric car come out.

In the survey, the UK luxury car owners indicated that they are likely to consider an electric-charged vehicle that possesses a 300-mile driving range. But they will also be amenable to the more affordable versions with a 200-mile range, like the ones offered by Chevy and Nissan.

Based on this survey alone, there is a possibility for UK citizens to shift from their gasoline-powered cars to electric ones. And what’s exciting is that it might become a reality faster than anyone can expect.

The Tesla Model S, to cite an example, is praised highly by its owners. In general, those who have tried a high-quality EV is likely not to revert to gas-powered vehicle use. Hence, if Tesla Motors is able to produce a smaller EV, mass EV adoption in the near future is a great possibility.