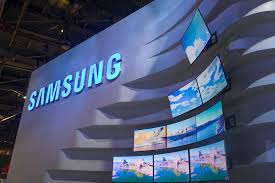 Seeo says the company will use the funding to accelerate the commercialization of the advanced lithium polymer batteries, DryLyte, which has the ability to enable better energy density suitable for electric vehicles.

This battery company right now has cells that are capable of functioning with an energy density of 350 Wh/kg although they are not selling them but it is aiming to reach 400 Wh/Kg, which is twice what EVs have today.

Evidently, Seeo is concerned about safety and this is the core of the technology they are working on at the moment.

The DryLyte solid electrolyte is non-flammable and non-volatile so it can be used even in higher temps. Seeo is aiming to replace the standard electrolytes which are flammable, the ones found in lithium ion cells.

So why would a company like Samsung be interested in such developments? Well, the company previously filed for US and South Korea patents for a technology that can be utilized in EVs. These include the kind of technology used for creating motors, tires and on-board electronics.

Even though the company has previously denied wanting to enter the EV business, their steps in that direction says differently. In fact, its subsidiary, Samsung SDI, has been working on a rechargeable lithium-ion battery cell technology since 2009 with BMW.

This most recent funding round has allowed Seeo to go beyond the $40 million mark ever since it was created in 2007. It’s also worth saying that it has another huge investor: Google. The search engine giant was a key factor in Seeo’s 2011 $15 million round.

Seeo came from the Lawrence Berkeley National Laboratory and was created initially with the US Department of Energy’s funding.