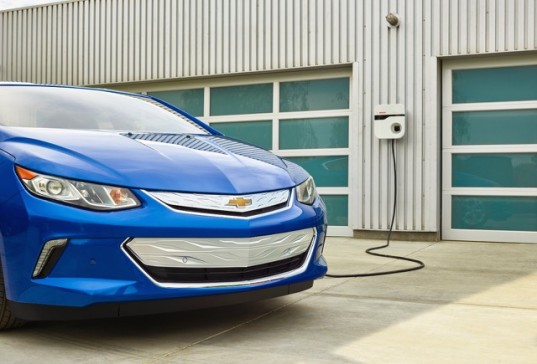 Why States Should Consider Asking for Electric Cars Fee

Michigan residents who own electric and hybrid cars are celebrating after the requested annual Electric Cars Fee of $75 and hybrid car fee of $25, also known as Proposal 1, have been kicked right off the curb.

If Proposal 1 has been implemented, then Michigan could have gotten more fuel taxes which in turn, could have been funds for bridges and road repairs. The state believes that the proposal could have been a way to get more revenue out of Electric Car owners, who don’t need gas, and hybrid car owners, who buy less gas than other conventional cars.

The incentives implementation are still in their early stages to completely analyze their effectiveness for Electric Car adoption and yet, based on the studies, it looks like the more incentives are being offered, the higher number of consumers are thinking of changing their vehicles to electricity-powered ones.

Unfortunately, due to the failure of acceptance in Michigan, state officials begin to worry where the money for infrastructure development will come from. With the increase in fuel-efficient vehicles being driven by Americans, states are now facing a problem regarding lowered tax revenue from gas. In fact, an estimated $80 billion shortfall for road funding has been noted by the American Society of Civil Engineers.

Hartman states that the tax revenues from gas are the main funding source for transportation infrastructure which is facing a dramatic decline when compared to transportation needs. She explains that requesting for additional fees may be the solution to their problems.

Currently, the following states have already implemented the requirement for Electric Cars Fee:

An annual $50 fee to register electric cars for using public charging systems is being asked from owners and unlike other states, this fee is considered as a moderate approach for funding the infrastructure and public charging stations. Furthermore, owners can get a tax credit amounting to $6000 until 2021.

With a high registration fee of $200 and the removal of the $5000 tax credit for electric vehicle owners, this state is considered to have the strictest policy to compensate for the reduced gas tax revenues. Many critics believe that the changes may affect the state’s reputation as the second highest number of electric vehicle owners.

Owners of electric and hybrid vehicles will need to pay an annual registration fee of $75 and the proceeds will be used for the maintenance of the state’s highways and road infrastructures.

A registration fee of $100 will be paid by owners of electric cars annually to compensate for the state’s transportation funding. There are no perks for electricity-powered cars nor any tax exemptions.