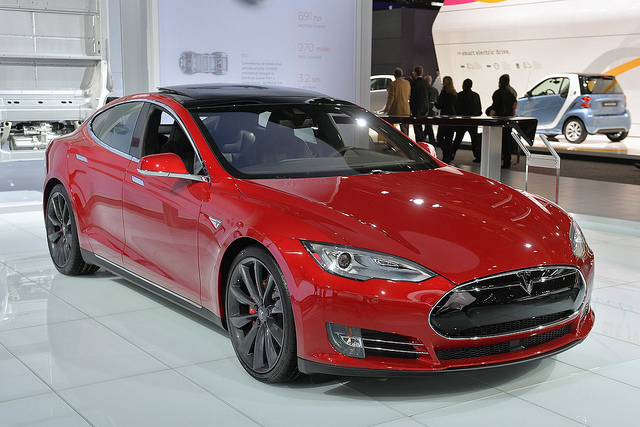 And, it seems to show another related distinction. It is proven that the latest and most advanced Model S boasts of having the shortest time between orders via the Internet among all other Tesla units that are currently being sold.

With P85D, the wait time on the average is below 3 weeks, which is clearly a shorter time duration than that of any other variant of the Tesla Model S. For the most expensive Model S to have the shortest wait time is an indication that Tesla is accelerating the production of this version in order to boost profits, according to The Wall Street Journal.

Reports posted on Tesla’s official website show claims of a number of orders P85D, priced at approximately $105,000, to be delivered within the month. Buyers who ordered the $70,000 S60 Model or $80,000 Model S85 were made to wait until May before they can get their cars.

In an interview with The Wall Street Journal, Tesla admits that it is prioritizing the P85D orders, ensuring their prompt delivery. However, since the company does not publish sales figures for the month, one will have difficulty to determine that proportion of overall sales a particular model accounts for.

Evidently, with more sales on the pricey Tesla Model S P85D happening, this translates to higher profits for the company. Such a positive development may be able to appease nervous investors as Tesla continues to engage in expensive projects such as the Gigafactory, final work on the Tesla Model X crossover, and initial work on the low-cost Model 3 sedan.

In addition, the Journal reported that the company is working on building an inventory of unsold vehicles – this can be an indication of changes in Tesla’s sales model.

Its scheme is to manufacture cars as they are ordered, with their customers making the order via the Internet or retail stores owned by the company. It’s different from the typical scene of a prospective buyer who chooses a car displayed on the display room, which is basically traditional car dealership.

Now, many believe that Tesla already has a number of unsold units in its factory.

Credit Suisse has estimated that Tesla had accumulated a thousand unsold electric cars by the end of 2014, while a popular research group, CVC Research, gave 3,000 for its estimate.

The figures are staggering especially since Tesla is known as a made-to-order car manufacturer. n a recent filing, the company modified its own definition of “finished goods” as cars in transits to buyers and those available for sale.

Tesla’s build-to-order scheme will still be in place, but now it appears to be increasing the number of units it has for immediate sale. It also gives more priority to its most profitable models.

Hence, the quickest models should be the top option of buyers if they want their Tesla cars delivered at the soonest time possible.