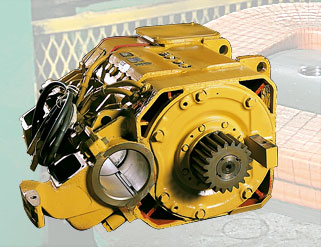 The Business of Traction Motors

The electric vehicle industry is definitely looking up. $500 billion in 2025, over $25 billion of traction motors…these are just a few of the numbers that you get to hear about and see on several reports these days.

Integrating another board is an increasing development for motor manufacturers for electric vehicles because there is an important part of incorporating one for gearing. On another note, selling traction motors to car manufacturers is also going to be a huge market as well. What’s important is to note how traction motors is getting a lot of attention simply because of the different versions that are coming out in the market, such as in wheel, quadcopter, and outboard motors which are only for water vehicles.

With the current interest and significance towards traction motors, several Research & Development pursuits are being done. Although the focus of such R&D activities is towards air vehicles that need unbeatable and outstanding dependability, it also needs to find the answers to power to weight ratio.

For in wheel and near the wheel motors, these need to be very compact. Some even offer the motors in disc shape so they would fit in electric vehicles for the price conscious consumers. Such vehicles would include electric motorbikes, electric scooters, micro electric vehicles, and even the electric rick-shaws.

Common requirements for these traction motors include: cost effective, high energy efficiency, and high torque level. When talking about torque level, the traction motor needs to be three to four times the supposed value, which is, of course, understandable as the vehicle is expected to do well in hill climbing, peak power which should be two times the regular rate for high speeds.