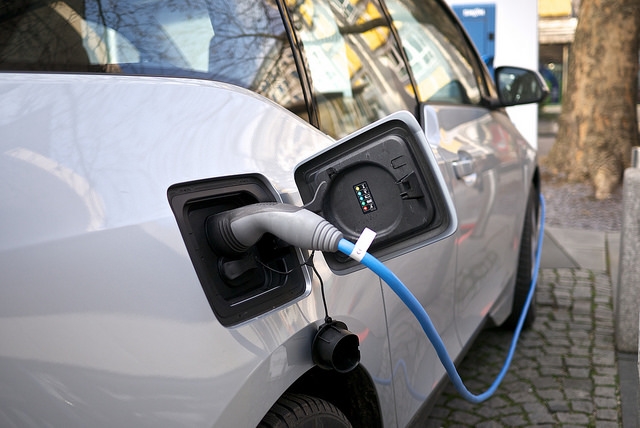 There are solar powered cars available in the market today but many of them are for public use such as solar powered buses and solar-assisted trains. However, a recurring trend is the pairing of a home solar power system and a plug-in electric vehicle.

Many homes in the United States, Australia, and the UK have started relying entirely on solar power. With sufficient photovoltaic (PV) panels installed on the roof a house can run entirely off the grid.

Then there are plug-in electric vehicle models such as the BMW i3. Most of these vehicles are not hybrids and instead rely solely on electric power sources. All a person has to do is plug them in, charge them overnight, and the car will be ready to drive the next day.

These electric vehicles are not just affordable in terms of gas usage but are also much safer for the environment due to their lack of carbon emission.

Nowadays, homeowners are putting the two technologies together.

One such example is the home of Julie and PederNorby from California. Back in 2007 they had several PV panels installed on their roof and the 7.5 kW solar power system was enough to run their house entirely for free, off the grid. The system was also enough to power their plug-in electric vehicle.

In 2014 the couple added an additional 1kW, pushing their generated capacity to roughly 8.5kW or 13,000 kWh per year. This was enough to allow them to get a second plug-in electric vehicle.

They spend absolutely no money on fuel at the gas station and they do not pay utility bills since their whole household runs on solar powered electricity. From 2007 to 2014 their investment had paid for itself since they no longer have to pay for gas and electricity.

Another couple in Massachusetts, Archana and Neeraj Aggarwal, invested in a large home solar array system to power their whole house. Not only were they living off the grid but they were also to generate income by selling excess energy through Solar Renewable Energy Credits.

They also invested another $5,300 to upgrade and add their solar panels in order to fuel a plug-in electric vehicle. In just two years their investment will pay for itself and after that their solar power system will continue to power their home and car for decades more, entirely for free.

Even for people with an EV but no home solar array they can still save money. There are official maps showing the location of all EV charging stations in the country. These stations are like gas stations except that they are powered by solar technology and for most cases charge absolutely nothing.

Determining whether an EV and solar power array at home would save money in comparison to regular grid electricity and gasoline vehicles, there is an energy-conversion and comparison tool available at the Department of Energy’s official website.

It is expected, however, that solar powered cars (EV paired with home solar array) will save thousands of dollars every year. Eventually a person’s investments will pay for itself in less than five years.