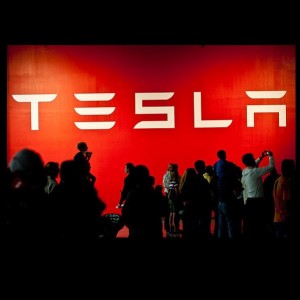 According to Williams, it was Natural Solar’s unique business model that sparked Tesla Energy’s interest; the installer’s solar systems specifically cater for storage upgrade and expansion incorporating the Tesla Powerwall.

The first Australian installations are expected to occur in January 2016, with the initial shipment expected to depart in coming weeks from the Tesla Gigafactory in Nevada, USA.

Before the Powerwall, residential battery systems that store solar power simply weren’t available to consumers at affordable prices. Over the past 12 months, market demand and change in consumer awareness has shaken up the solar power industry, with most companies already renaming their soon to be out dated grid-connect solar system as a battery ready solar system.

A system that is plug and play, compact and reasonably simple to install, the Powerwall looks to boost green energy consumption and alleviate Australians’ reliance on polluting fossil fuels. Natural Solar hopes that factors like decreasing prices of solar storage and the strong international push for renewable energy expansion will make moving away from the grid more realistic for everyday consumers.

Chris Williams said being a Tesla Energy Authorized Reseller is a milestone for the Sydney-based firm. Australia, and companies like Natural Solar, are on the world stage as one of only a few companies across the globe selected for the initial roll out of the revolutionary unit.

This is largely due to Australia’s high electricity prices, desirable weather conditions and a quick uptake of renewable energy – the Clean Energy Council reported that over 1.42 million homeowners and over 15,000 businesses are now using solar.

Solar Usage by Australian Homeowners and Businesses To Increase

Chris Williams says the predicted success of solar storage, particularly the Powerwall, comes down to Tesla’ssize, success and brand that people trust, as well as the Powerwall’s adaptability to many different applications and environments. 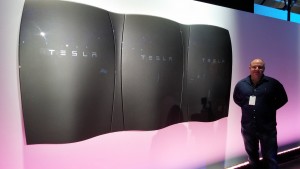 “The Powerwall Home Battery is unique because it can be installed inside or outside, is extremely efficient and is functional for both single and three phase households. It can also be islanded from the grid in the event of a blackout,” says Williams.

“We see this opportunity as a chance to educate the public on this ground-breaking technology and more. Australians are among the world’s early adopters of renewable energy technology.”

In the past, solar panels were limited as they are not able to power homes during the night; however, the Powerwall unit is set to change all this and also provide an alternative to the feed-in solar tariff.

If you’re still on the fence as to the whether the Powerwall is a smart choice for you, Tesla has also announced that each unit comes with a 10 year warranty which, according to Williams, gives further piece of mind to consumers and complements the residential battery’s extensive list of functionalities.

This, combined with the features made available when partnered with leading solar inverter brands Froniusand SolarEdge, makes the Tesla Powerwall hard to resist for Australian homeowners.

“The world has been waiting for a product just like this and we are proud to be at the forefront of its installation throughout the country,” Mr Williams said.

“We thank Tesla Energy for creating an energy storage system that is affordable for the average Australian household and welcome the opportunity to educate the market of its full features and benefits” he added.