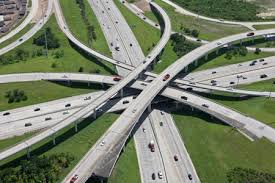 So most Americans will agree that billions of dollars are needed to spruce up the country’s roads, which is a shame really due to the fact that the Highway Trust Fund doesn’t have that kind of money on hand.

The highway funding is on the verge of insolvency, as it’s funded mostly by federal fuel tax which is sitting at 18.3 cents a gallon since 1993, even though cars are utilizing less gas. Congress had to transfer $18 billion just to keep the fund going.

This all on top of the fact that the current funding bill expired in May already.

Electric cars may be gaining momentum sales wise, much due to the fact of federal government and states offering various tax exemptions and incentives, which is great news for those of us trying to get away from the fossil fuel debacle, but it also has its cons like with everything else.

Think of it this way, and electric car such a Tesla Model S provides the same amount of wear and tear on the roads that a BMW 5-Series would, even though the driver of the EV isn’t using any gas to help with its maintenance.

Such situations are mostly quoted by those wholly against the use of an electric vehicle, but at the end of the day it isn’t really a big issue. Just over 123, 000 electric cars and hybrids were purchased during 2014, which is minute to the 16.5 million new cars sold throughout the country. When doing the maths, the amount this 16.5 million will be paying to the Highway Trust Fund is so tiny, maybe reaching the $200 million mark per annum by 2024, even is EV adoption numbers begin to skyrocket.

At the end of the day electric cars may not be the issue on hand concerning the roads, but they do add to the overall problem on hand, we live in times where we have to work even harder to utilize less gas, using a gas tax in order to finance for roads and bridges to keep us moving along smoothly just doesn’t cut it anymore.

If we don increase this tax, which many are against, then another way to finance the roads has to be implemented instead.

A Carnegie Mellon research study indicated that there could be two alternatives at recouping fund from EV drivers, which is a usage tax of 2 cents a mile as well as a registration fee of 0.6% of the vehicles MSRP collected on an annual basis. Both alternative are most probably not going to happen.

Government is trying to woo people to buy EV’s with a $7, 500 federal tax credit, and such wouldn’t do anything to jeopardize this program of theirs. The aim of government is to increase wide scale adoption of electric cars states Professor Inês Azevedo, an associate professor of engineering and public policy at CMU, and an author of the study.

Even if one or both of the options above were implemented, it would just act a Band-Aid on a really badly infected wound. Federal fuel economy standards allow for making passenger cars even more efficient every year that passes by, including the addition of turbochargers, light=weight materials improving aerodynamics and methods increasing the MPG. The average fuel economy of new vehicles was 27.6 mpg; light duty trucks hit 19.8, which are amazing numbers to reach in their own rights. We saving gas no doubt, but we’re killing the Highway Trust Fund at the same time.

Things have to changed, before money and then time runs out for us and our roads. The White House has already announced a plan of actions which includes adding to the fund a 14% repatriation tax on cash which US Companies have collected offshore. This is a part of a $478 billion, 6 year transport funding bill the Obama Administration asked Congress. Given that Obama can’t take on the Republican Congress to save he’s life, don’t hold your breath regarding this Big Idea of theirs.

Politicians being their usual evasive selves will not be coming up with an action plan anytime soon, which means that states short of federal money must be looked to in order to understand what they are doing.

Oregon has a pilot project underway here taxes are put on the number of miles driven instead of gas consume, volunteers plug a gadget into their vehicles OBDII port to collect mileage data. Though running such a program nationally would be difficulty as it raises a whole host of privacy issues.

Virginia also replaced their per-gallon tax charged at the pump with a 3.5% wholesale tax on gas, which passed that tax from the consumers onto the retailers who then again passed it back to the consumers which increases the general sales tax at the end of the day.

Such ideas are based on the percentage-based taxes which will keep revenues growing due to inflation. States could also implement recommendations from a CMU study by applying a per-mile tax and an annual fee which would be based on a vehicle’s [rice compared to other vehicles.

At the end of the day following suit at a federal level would not be financially viable, it’s always political. Even though gas prices have dropped, raising taxes is still an unpopular option. Many of these alternative funding options may be offset by this drop in gas prices, they would still need to be taxed increases to cover road maintenance. Gas taxes hot the poorest of the poor more as they live further away and commute for longer distances to get to work.