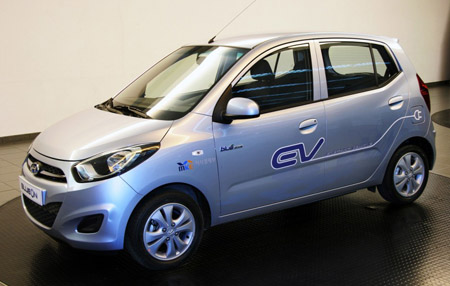 With the release of different car manufacturing companies in Korea, the pressure is set for Hyundai to come up with its own as well. While Hyundai Company is geared at releasing its own battery-powered electric car, the question lies on how the consumers would choose its chosen eco-friendly vehicle. Currently, the market could not pinpoint what the consumers are going to choose.

The Soul’s electric vehicle from Kia will cost around US$39,400. This price range is similar to that of Kia’s higher-end gasoline version vehicles. The Soul electric vehicle can be able to run up to 148 kilometres after doing a slow charge of 4 hours or 24 to 33 minutes fast charge.

Based on the findings and data retrieved, only 713 vehicles were purchased last year. This number included electric vehicles from car manufacturers like Kia’s Ray EV, Renault’s SA’s SM3 EV, GMC’s Spark EV. Hyundai’s BlueOn EV is used by the government, hence, it is not included in the data and statistics.

With this kind of numbers as the basis of consumers hurrying to purchase their own electric vehicle, it seems that the advocacy to greener technology has not been fully embraced by Koreans. This could also be due to the fact that the government is not really pushing to support green technology through electric vehicles, even for the battery-powered electric car. For starters, the streets of Korea is considered comparatively short for driving plus the low number of charging stations, might probably contribute to the low interest in electric vehicles.

Although the Hyundai’s battery-powered electric vehicle is also set to be marketed in the United States, the potential of catching the interest of consumers might be higher and greater compared to the interest in South Korea.