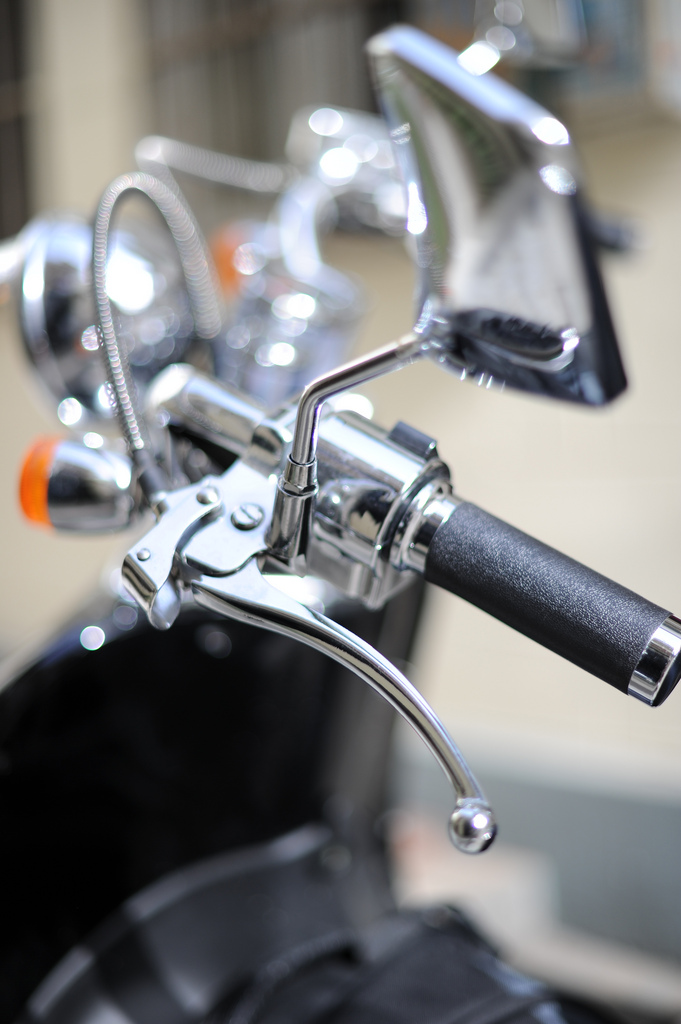 It takes four to six hours for the solar-charged scooter to be charged by electricity, or it can be charged via the 15W solar panels installed, which charge the battery pack continuously.

According to Daymak, the solar battery pack is removable and fully enclosed, and ambient light charging for eight hours can deliver 10km of travel.

The solar battery can also be used as a backup power pack for electronic devies that is stand alone, and it includes two USB ports.

Depending on the type of terrain and speed, the Beast D has a range of around 30km on a fully charged battery.

The solar-charged scooter can reach a maximum speed of 50km/h, and can withstand a 36 degree incline slope.

If the battery goes flat whilst you’re out riding, don’t stress; you can just use the pedals.

However, the bike weighs 118kg, so it’s best to make sure it doesn’t run out while you’re going up a hill.

The scooter hasn’t been made for the pedals to be solely used; they are really just there to allow it to be classified as a bike, and to increase the range by pedaling with the motor.

Looking to purchase The Beast D?

There are also other versions of The Beast produced by Daymak that are street legal in the U.S., such as the Standard, Ultimate and Deluxe.

These versions are able to be rode on publicly used roads in some areas of the USA, with no need for registration or a license.

However, most Australian states have a power output limit of 200-250 watts for eBike motors, depending on whether the pedal assist system activates the motor.

Motor powered eBikes are limited to a maximum speed of 25km/h, as anything faster than this must be labelled a motorbike, which need insurance, licensing and registration.

Apart from the Standard EU version, all of the Beast models exceed this limit, as their motors sit as 500 watts.