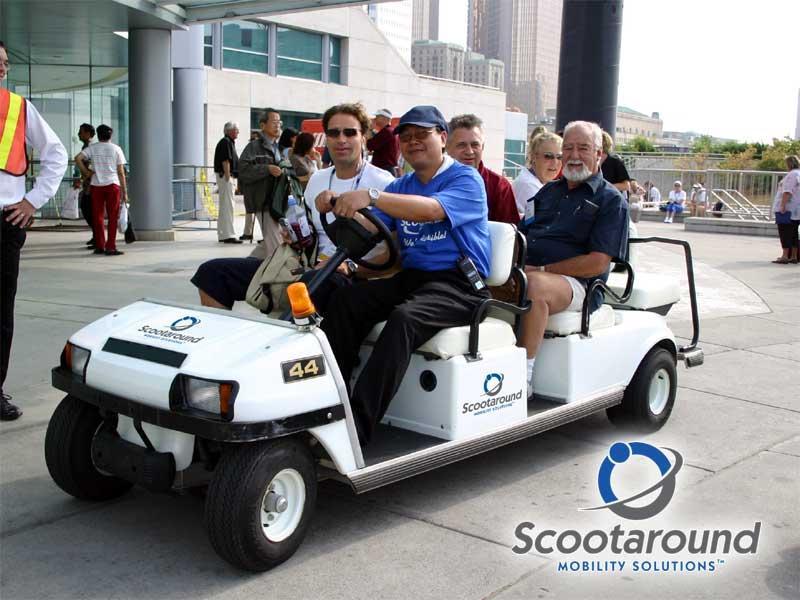 Orlando (for the reasons stated above) has decided to bring together more than thirty hotels, car rental companies, its convention centre, travel agencies and three of the major theme parks found in the city, namely, Disney World, SeaWorld and Universal Studios, in order to build the infrastructure needed so that close to 57 million visitors that tour the city each year may have a chance at driving an electric vehicle.

The project has set high standards to attain, though a very small percentage of Orlando’s tourists will actually be able to experience the thrill of driving an EV at the moment.

Sam Ori, executive vice president of the Electrification Coalition states: “Once someone gets behind the wheel of the car, they’re blown away, if you could build out infrastructure at key endpoints, you could provide high level of confidence — especially at hotels.”

Rent-A-Car (a partner in this project) has on offer fifteen Nissan Leafs from their airport branch in Orlando. The Nissan’s have already been sold out during the soft launch, and Ori added that other options will also be added on in time (this will include both inventory as well as model cars).

The city already has almost 300 charging points which will aid in the drive electric Orlando campaign set up. These chargers are part of the U.S. Department of Energy’s Transportation Electrification Initiative, where most of the chargers are 240-volt, Level 2 types. Nissan has also pledged 30 DC fast chargers as well. The program has also cited several charging stations at various partner hotels and the theme parks.

Rental rates will be same as per gas run models, sitting at about $30 a day, whereby charging will be free of charge at almost all hotels (many already have 2-3 chargers and are adding on as popularity for the initiative increases) and tourist attractions. Some hotels will also offer a free valet service for drivers of EV’s.

“In order to make electric vehicles more mainstream, it will take partnerships on the advocacy level,” said Brendan Jones, director of EV Infrastructure and Strategy at Nissan North America. The Leafs are the first vehicles deployed followed by the Chevy Volts (as Chevy is on-board as well).

Orlando is the perfect pilot destination to run this project, as most locations which include business and pleasure are between 12-18 miles apart. Many DC fast chargers are on offer, but almost all the hotel on board will also offer overnight charging. Most tourists tend to spend half or even all day at a single location, such as a theme park or the convention centre.

Availing public chargers to electric vehicle drivers is a step in the right direction concerning living a greener lifestyle. Hopeful other cities will follow suit soon!