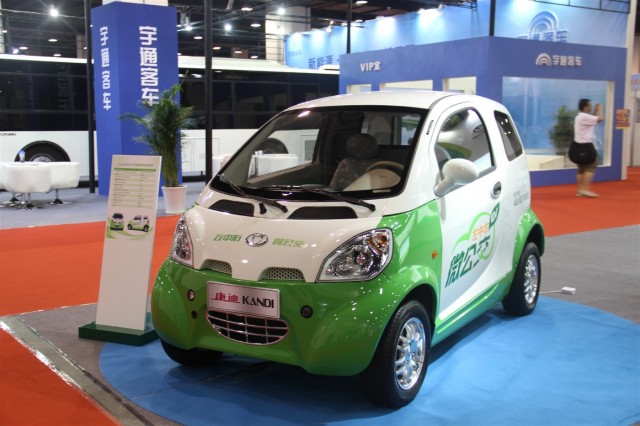 The uncontrolled air pollution in China forces its national government and municipal authorities to put a stop on gasoline car registrations for now. China is aggressively enacting measures that will encourage the adoption of green cars by its citizens.

The country’s electric-car incentives will expire this year, but the Chinese government has put in place a new program that will be followed up to 2020. Chinese officials have recently announced the details of this program which were already previously agreed upon.

At the same time, and in conjunction with this new program, Shenzhen has also joined other Chinese cities in limiting new gasoline vehicle registrations.

The draft of the new program will entitle owners of green cars, including plug-in hybrids, electric cars and hydrogen fuel-cell cars to receive subsidies up to a maximum of 55,000 Yuan or approximately $8,834.

However, this amount is less than the 60,000 Yuan or around $9,800 given under the existing but soon to expire incentive system. In addition, the new scheme only provides subsidies for cars produced in China.

But the new electric-car incentives include Chinese-made electric buses, and not just cars and smaller vehicles. Those who buy these Chinese electric buses will be entitled to a subsidy up to a maximum of 500,000 Yuan or about $80,000.

Thankfully, the car industry in the country has responded positively to the long-term program of the government to curb the nations worsening pollution problem. Green car production in the country has reportedly increased five times during the first 11 months last year, as compared to 2013.

However, the total production of eco-friendly automobiles has narrowly dented the country’s goal of putting 5 million new-energy automobiles on China’s road by 2020. This is primarily due to the lack of consumer interest in electric cars, even if they were their only vehicle choice.

In its bid to curtail the uncontrolled pollution upsurge, Shenzhen announced recently that it will put a cap on new-vehicle registration. The city not only hopes to curb pollution in this manner, but also to check the city’s traffic congestion problems.

Shenzhen is a major manufacturing centre located in Hong Kong’s northernmost part. It is the eighth Chinese city to institute such measure to fight pollution.

As per recent news reports, Shenzhen is also reserving one fifth of the limited number of registration slots for electric cars. Another Chinese city, Beijing, has tried this strategy but was not able to achieve what it wants.

Previously, Beijing, the nation’s capital reduced its quota of car sales to encourage the sales of electric cars. However, the majority of its citizens, who already won electric-car registration slots through a lottery, did not buy electric vehicles before the deadline.

Some industry analysts said that a lack of charging stations could be the problem. Such facilities are still very few and too far apart from each other. In addition, the county does not have any single unified charging standard.