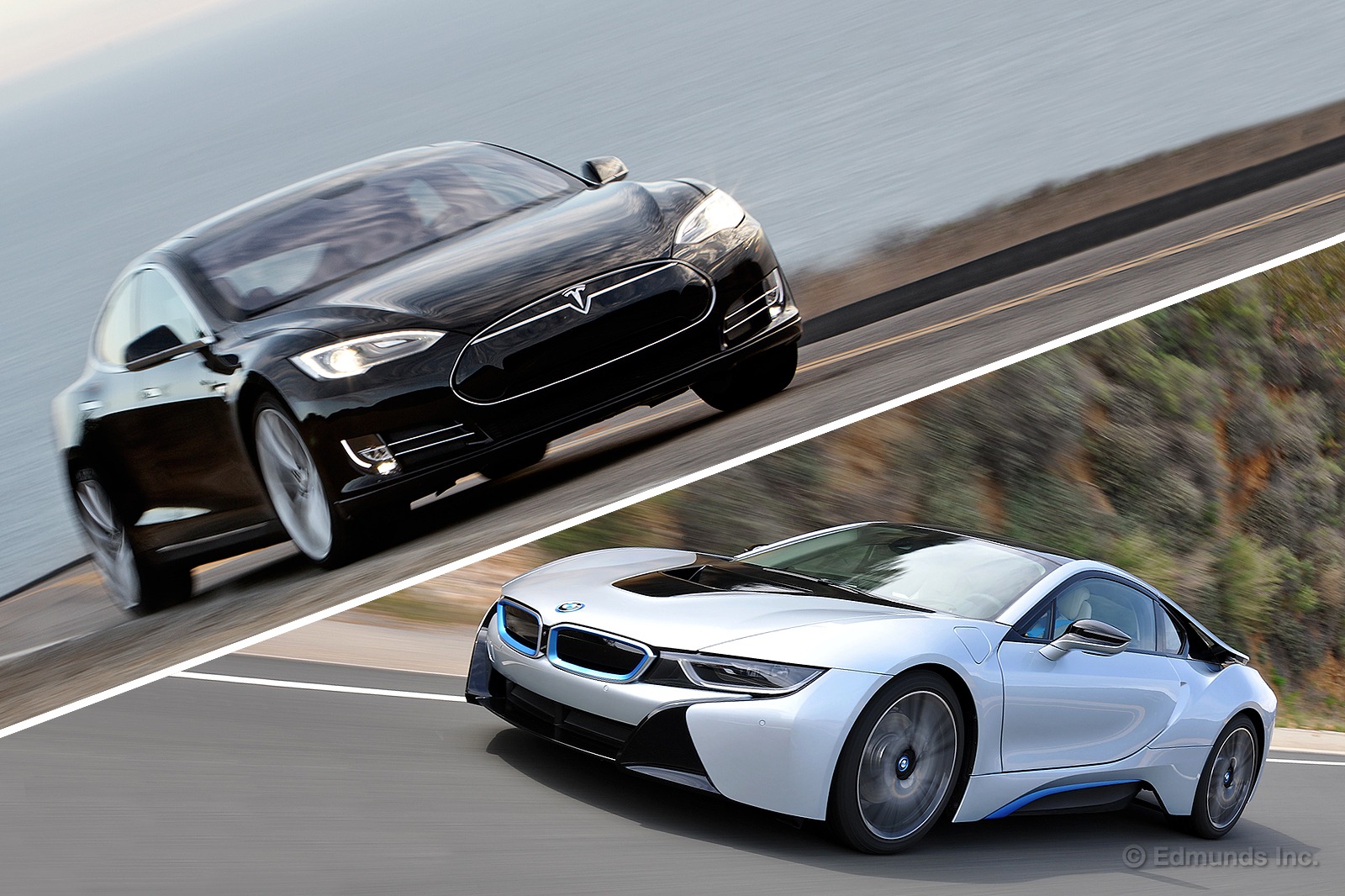 Breaking speeds were also similar but once again the advantage goes to the Model S. The S550 passed the 60-0MPH braking test at 108 feet to a complete stop while the Model S did the same at just 102 feet, making it the superior vehicle in terms of braking power.

What these tests prove is that the Tesla Model S performs slightly better than even the most renowned diesel cars in the industry today. What is even more astounding is how well efficient it is with its electric system: there are free Tesla charging stations all over the country. Just drive up and hook the car in.

Tesla also includes a large computer screen in the dashboard of the car. This touch-panel monitor shows a detailed map which also shows all of the nearby charging stations a person has previously visited and it also wirelessly updates for free, for the entirety of the car’s lifespan.

The exteriors of the Tesla Model S are really where it shines. It looks like an expensive car and it looks like a high-tech vehicle that carries technologies no other car in the industry can boast of. Inside however, the car is a little plain except for the very eloquent touch of technologies like the touch-panel.

On the flip side of this is the Mercedes-Bens S550. This car has a luxury-looking exterior but it doesn’t exactly say much about the car. It looks like an expensive car but it doesn’t have the same “wow factor” that the Tesla Model S does.

Inside, the S550 easily trumps the interior design of the Model S. Everything from the LED lights to the high-end luxury seats the S550 sports an interior design that can easily trump any luxury vehicle in the market and it even gives the Rolls-Royce a run for its money.