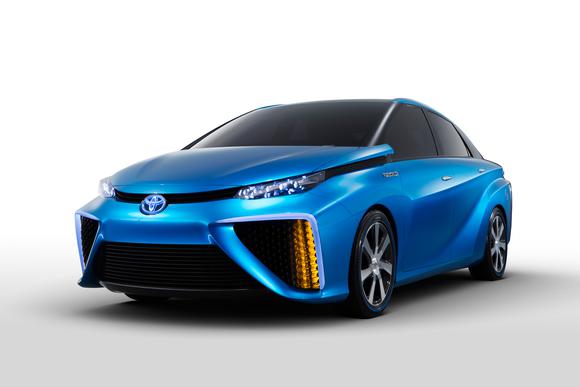 So the question is, was Musk wrong? He said fuel cells were BS and that the automakers themselves do not believe in the technology. He said they were expensive, unsafe and a distribution system is hard to implement. Even in the previous year those statements coming form someone who also had to overcome similar problems seemed strange. Now that green cars with EV battery powered by hydrogen fuels are about to hit the showrooms, perhaps Musk should re-think his comments.

One thing is for sure, Toyota would certainly be happy to say that Musk is mistaken. When they were preparing for the release of Mirai they tested over a hundred hydrogen powered Highlanders in North America and they also had the same thing done in Japan. They even garnered over a million miles of testing in a variety of conditions, from super hot weather to super cold. And they did not encounter any problems at all.

Toyota’s Chris Santucci provides a broad look at the technology as well as give us some insights on what we can expect from the automaker.

So essentially the biggest difference is the replacement of gasoline engine to fuel cells. The fuel cells uses hydrogen from the tank and then mixes it with the air’s oxygen in order to produce water. This process then generates what the car runs on: electricity. And the water vapour only as emission then you know that you are contributing to the cleanliness of the planet.

And take note that the fuel cell vehicle is in fact a hybrid because the back’s battery pack can also power the vehicle together with the fuel cell.