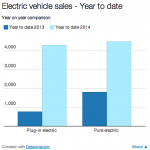 2014 was the year that saw an increase in United Kingdom’s electric car sales, mainly because of the growing number of the country’s drivers opting to go green.
Read More ...
Electric Car Sales 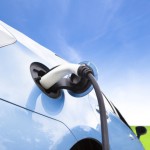 People in favour of this electric evolution are happy with the rising EV sales happening, but they are still wondering why the low oil prices don’t [...]