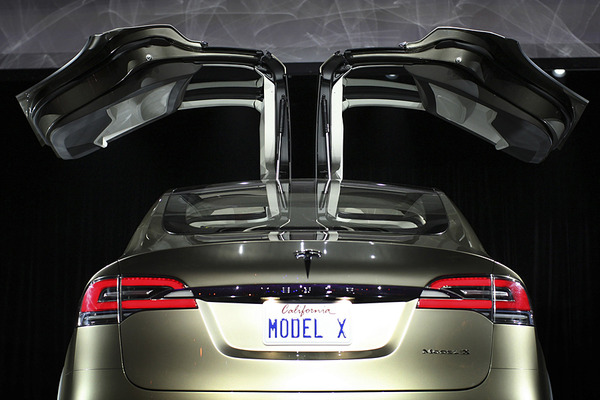 When Tesla Motors informed car reservation holders listed on the Tesla Motors Club forum (through Clean Technica) about the car model’s production delay, the company also mentioned the tow hitch that would be installed on the Model X.

This would be a welcome addition to the car since the car owner would be able to use it to hold bike racks or skis, without significantly affecting its aerodynamics.

However, this may only be the option for external storage because this car model’s special doors do not allow enough space for a rack mounted on standard roof rails.

At the moment, Tesla Motors says that it is working with the “best rack and accessory companies” to ensure that these racks will be ready when they start delivering the cars to customers who ordered the Model X.

Those who are on the order list were notified that the production of this battery electric vehicle won’t start until the third quarter of 2015. This information was released through a company letter discussing Tesla’s earning’s report last month.

This delay is the latest that the Model X has suffered because Tesla Motors thinks that the car needs more time for testing.

Tesla’s letter informed reservation holders that the company is now constructing beta test vehicles. The company also informed these holders that it plans to spend the first part of 2015 “building and testing production-intent prototypes.”

According to the car manufacturer, those who are placing their orders now for Model X, more than likely, will not get their car until well into the calendar year of 2016. The fact is: Tesla Motors has not shown the car market a final version of the Model X yet.

Reservation holders, though, can pin their hopes on a recent retooling of Tesla’s assembly plant in Fremont, California. The retooling process included provisions for the beta and validation vehicles.

Those who ordered the car have already waited long enough. It is time they need to get a taste of what it’s like to drive an electric car that can tow another vehicle.