New Small Players Threaten the Giants of the Car Industry 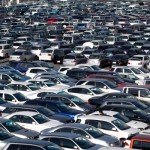 Before Henry Ford’s mass production of cars, only the rich were able to afford automobiles. But as soon as the Model T cars were introduced, they were brought closer to the masses. Immediately, cars made a great impact to the transport vehicle market, with horses that were made to pull carriages finally given their well-deserved rest.

These days, the digital tech creates a similar impact, having a major effect on the newspaper, music, and most other media aspects. Having a greater influence is the smartphone, which gives users the chance to use their preferred apps and become e-connected, for instance.

Many people consider the car as the bigger brother mobile version.  “Cars already contain so much more digital content, much of the value of the car and the cost of developing a car is related to the digital technology in some way or another. When it comes to lowering fuel consumption or new safety features [...]