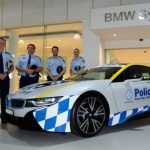 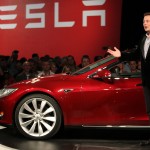 Tesla Motors Inc., a leading manufacturer and seller of electric cars and their components, may have been busy with its Supercharger DC fast-charging stations’ openings but its battery swapping operations are coming to a standstill.
Read More ...
Electric Battery Swapping, Tesla 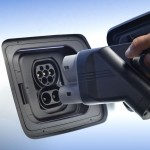 Driving a Nissan Leaf already saves the drivers on gas costs (which lets admit can be very unstable at the best of times), but now said drivers will also benefit and save from Nissan’s “No Charge to Charge” project.

This will allow consumers of such electric vehicles to not worry about paying for the electrons that power up their Leaf while on the road. The project is being expanded from close to ten U.S Markets to more than 25 by June 2015. The possibility to expand further us always there too.

“The popularity of ‘No Charge to Charge’ since our April 2014 announcement shows that public charging spurs range confidence and additional LEAF sales,” Brendan Jones, director of Nissan electric vehicle sales and infrastructure, said in a statement. 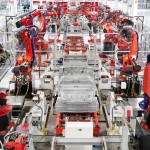 He also mentioned that the plant employed as many as 4,300 people full time, and another 5,000 contractual workers were supplied by local job placement [...]

Tesla to join Nasdaq 100 as Oracle defects to NYSE

Tesla Motors Inc., the world’s best-performing automotive stock this year, will join the Nasdaq-100 Index next week, filling the spot vacated by Oracle Corp., which is moving to the New York Stock Exchange.

The electric-car maker will be added to the gauge, which tracks the biggest companies on the Nasdaq, before the start of trading on July 15, Nasdaq OMX Group Inc. said in a statement Monday. Oracle, which last month said it will join the NYSE, is the biggest company to jump between the competing exchanges.

Shares of Tesla, the carmaker headed by billionaire Elon Musk, have more than tripled this year as the popularity of its new Model S sedan helped the company turn its first quarterly profit. Gaining entry to benchmarks tracked by investors is attractive to public companies because it provides a guaranteed shareholder base.