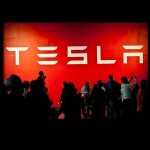 According to Williams, it was Natural Solar’s unique [...] 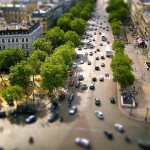 In the light of the 2015 Paris Climate Conference, the future of electric cars looks bright as governments are pressured to move towards zero-emission societies. Around 800 million cars will be active on the worlds today. At the rate our car industries are moving, this number is expected to rise to 2 billion.

As global consumption rates continue to rise, it seems difficult to imagine a way to stop the desire for vehicles as a mode of transport. So if you can’t stop them join them, right? Well that’s that’s exactly what electric car manufacturers are doing. Electric car adoption is a promising solution to the long term problem of carbon emissions from fossil fuel run vehicles.

As nations gather to discuss solutions to lessen carbon emissions globally, electric vehicles play a central role in solving one of the biggest sources of pollution – vehicles. At this year’s Paris Climate Conference the Renault-Nissan Alliance have pioneered the advocacy of electric [...] 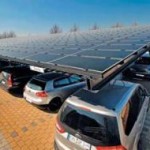 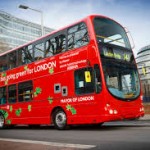 The Toyota i-Road: A Car and Motorbike In One 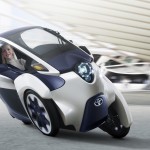 The Toyota i-Road is an electric vehicle combining the best aspects of cars and motorbikes into one futuristic (and fun) model.

The idea of the vehicle was developed by combining the convenience of a motorbikes compact size, and the safety and stability of a car.

The small size makes it easy to zip around cities and to park in confined spaces, at just 870mm wide and weighing a mere 300 kg.

However unlike a motorbike, there is no fear of getting wet in the rain or being easily injured, thanks to the enclosed comfort and body construction similar to a car.

This electric vehicle has zero C02 emissions, making is extremely environmentally friendly. It is powered by lithium-ion batteries that can withstand about 50km of travel on the one charge, based on a speed of 30km per hour.

The driving experience is unique as drivers have the enjoyment of two-wheeler riding, a small turning circle [...] 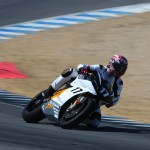 San Francisco based electric motorbike startup, Mission Motors, has filed for bankruptcy following short lived success in the competitive electric car industry. The company has been developing electric motorbikes since 2007, with their most successful prototype able to accelerate from 0 to 60 mph in just 3 seconds. Despite their relatively established age in the industry, Mission Motors, originally named Hum Motors, never released any motorbikes to the market.
Read More ...
Electric Car, Electric Motorcycle, Mission Motors 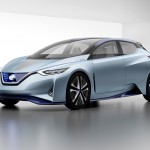 Nissan revealed its vision for the future of electric vehicles with week with the concept launch of the zero emissions IDS Concept Car. The electronic prototype was revealed at the Tokyo Motor Show, one of the leading forum for showcasing the technological advancement among competing electric car companies.
Read More ...
Driver-less Car, Nissan 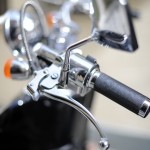 It takes four to six hours for the solar-charged scooter to be charged by electricity, or it can be charged via the 15W [...] 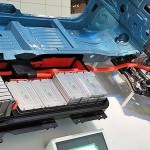 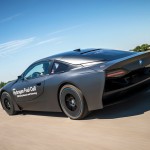